Skip to content
Home About Us News
Aishel House volunteers give Challah, comfort 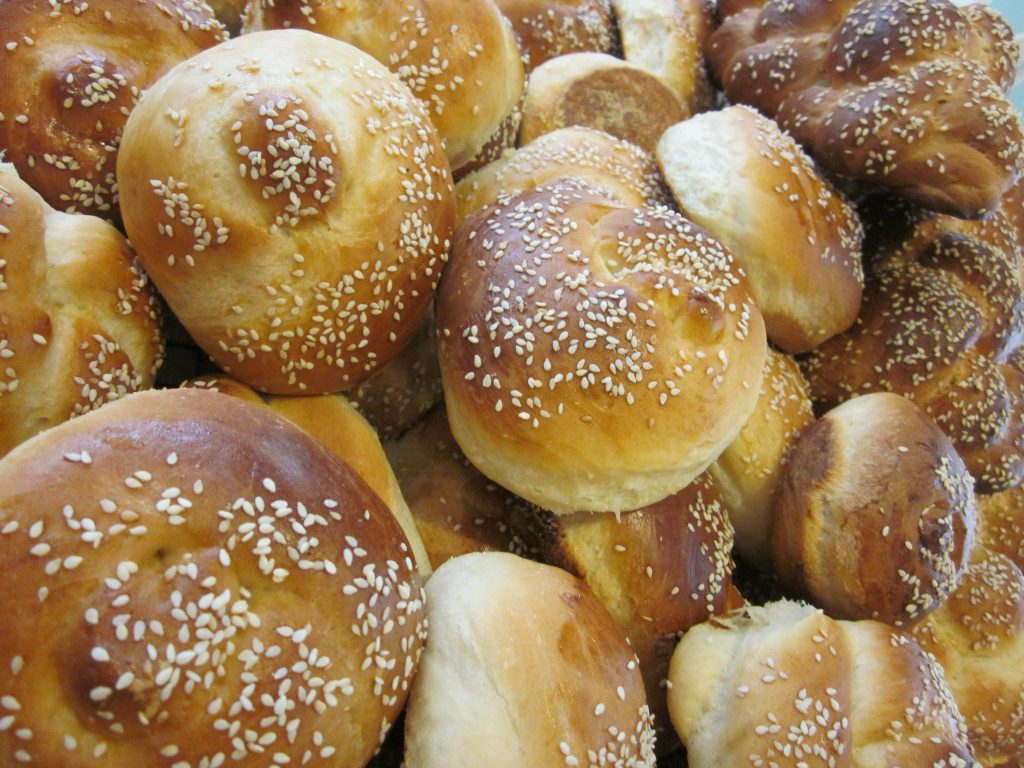 As the world learned in the wake of Hurricane Katrina, Houston is big on hospitality, known for embracing and caring for strangers in need.

When visitors come to Houston to weather a different kind of a storm, such as a severe medical condition, many area churches and organizations provide lodging and other services to assist them.

One program aids patients by easing all of the daily burdens they and their families face, along with providing emotional and spiritual support.

The Aishel House, a nonprofit program of the Medical Center Chabbad House (a synagogue), provides housing, transportation, meals, counseling, and more regardless of race, creed or religion.

Founders Rabbi Eliezer “Lazer” Lazaroff and his wife Rochel first had the goal of serving students and medical practitioners, until they faced their own medical trauma.

“In 1991, we had a daughter Chaya-Le, who was born with an unhealthy heart and multiple birth defects,” said Rochel Lazaroff, Aishel House’s program director and volunteer coordinator. “Caring for my daughter non-stop for 11 months opened my eyes to how everything revolves around the ill person and everything else becomes inconsequential.

“Basic things like a warm, nourishing meal get put aside as everything else is unimportant. From this, we saw a need to do something to comfort people coming to the Texas Medical Center as visitors.

“We wanted to transform our hardship into a positive thing for someone else.”

They began in 1992 delivering Challah breads, the traditional Jewish bread eaten on the Sabbath. They deliver about 80 Challahs each week now, personally baked by Lazaroff, who rises early every Friday to bake. Her husband delivers the loaves.

By 1996, they became interested in providing temporary housing for patients and families having learned there wasn’t much available affordable housing.

A local benefactor, Benjie Danziger, who passed away four months ago, gave them seed money to lease one large apartment on Dryden, near the Chabbad House synagogue at 1955 University Blvd.

Because of the demand for housing, the Chabbad organization in 2004 purchased a property with 18 apartment units at 1956 Dryden, and terminated the other lease.

A local builder, who insists on remaining anonymous, has renovated eight of the apartment units at no cost to the organization. Hoffer Furniture furnished them.

The other 10 units are rented to students to help the organization pay the mortgage.

“Thanks to a lot of quiet donations, we were able to scrape together the down payment for the 18-unit building,” Lazaroff said. “We have a 93 percent occupancy rate, with a waiting list of people who get the units on a first-come, first-served basis.”

Lazaroff said many people who come for out-patient clinical trials and treatment can’t afford hotels and other housing. Their standard cost is $20 a night per apartment unit, but if a family is unable to afford that, the fee is waived.

When a need arises for kosher food, volunteers coordinate regular meal deliveries, while others shop for food, and prepare and cook the meals.

The meal service, as well as transportation, is free of charge.

The organization also accepts donations of cars, which it maintains and loans to visitors.

The $400,000 annual budget, comprised of donations and an annual fundraiser, covers the mortgage and upkeep on the apartments and maintains the loaner cars, with 90 percent going into services provided.

Visitors have come from all over the world — only 34 percent are Texans. Sixty-four percent of the visitors are from the United States, with 19 percent from Latin America, 13 percent from Israel and 4 percent from other countries.

Fifty-eight percent were Jewish, while 42 percent belonged to other faiths.

“It doesn’t matter what faith a person is, we want this to be their home away from home,” Rabbi Eliezer Lazaroff said.

A family of six recently arrived in Houston for one of the children to receive treatment at M.D. Anderson Cancer Center. Holly Skolkin, a Bellaire resident, cancer survivor and volunteer with Aishel House, immediately bonded with the family.

“I don’t know what I would have done without my friends and family’s support during my own illness, and I really feel for people who come to Houston and have no one to lean on,” Skolkin said.

“Aside from having a very sick child being cared for in the Medical Center, the mother of the other three children fell and broke her ankle and shoulder, and landed in the hospital herself. We immediately mobilized, and took care of grocery shopping, meal delivery, camps and activities for the children, and carpools to get the children where they needed to go.

“In this way, the father could visit his sick child and injured wife in the hospital without worrying about those necessities.

“Many of our volunteers were there with emotional support for the children, who were traumatized by being in a strange city away from home, and then having their mom become hospitalized in addition to their sibling. All the other children had different needs and volunteers tended to those needs and took them on outings.”

Volunteer and cancer survivor Laura Rice of Meyerland said the concept of community is important during a time of illness.

“What we try to do is to create a community of support for these families,” Rice said. “For those of us who have been ill ourselves, we know how important that support system is. I feel blessed by the opportunity to give back and to be focused on something other than my own health.

“The Lazaroffs are amazing people with what they are doing for so many who need comfort and support.”

Aishel House has also made wishes come true for patients.

Recently, an 8-year-old boy fighting cancer wanted to take a plane ride in a private plane. Within 24 hours of sending out an e-mail regarding the boy’s wishes, a donor was found who helped make the boy’s dream a reality.

“Sometimes it is not as extravagant as that. It could be a special birthday celebration or a visit with a clown,” Rochel Lazaroff said.

Lazaroff, a devoutly Orthodox Jew, said she has learned that “all people belong to the same family” from hosting non-Jews at the Aishel House.

“When you see that a simple gesture like a loaf of bread or a warm meal of matzo ball soup left in an apartment can comfort someone who is going through the trauma of a medical crisis, it is a spiritual moment,” Lazaroff said. “This transcends religion.”

It is the Lazaroffs’ hope to eventually build a permanent facility to help more visitors. They also welcome additional volunteers and donations.