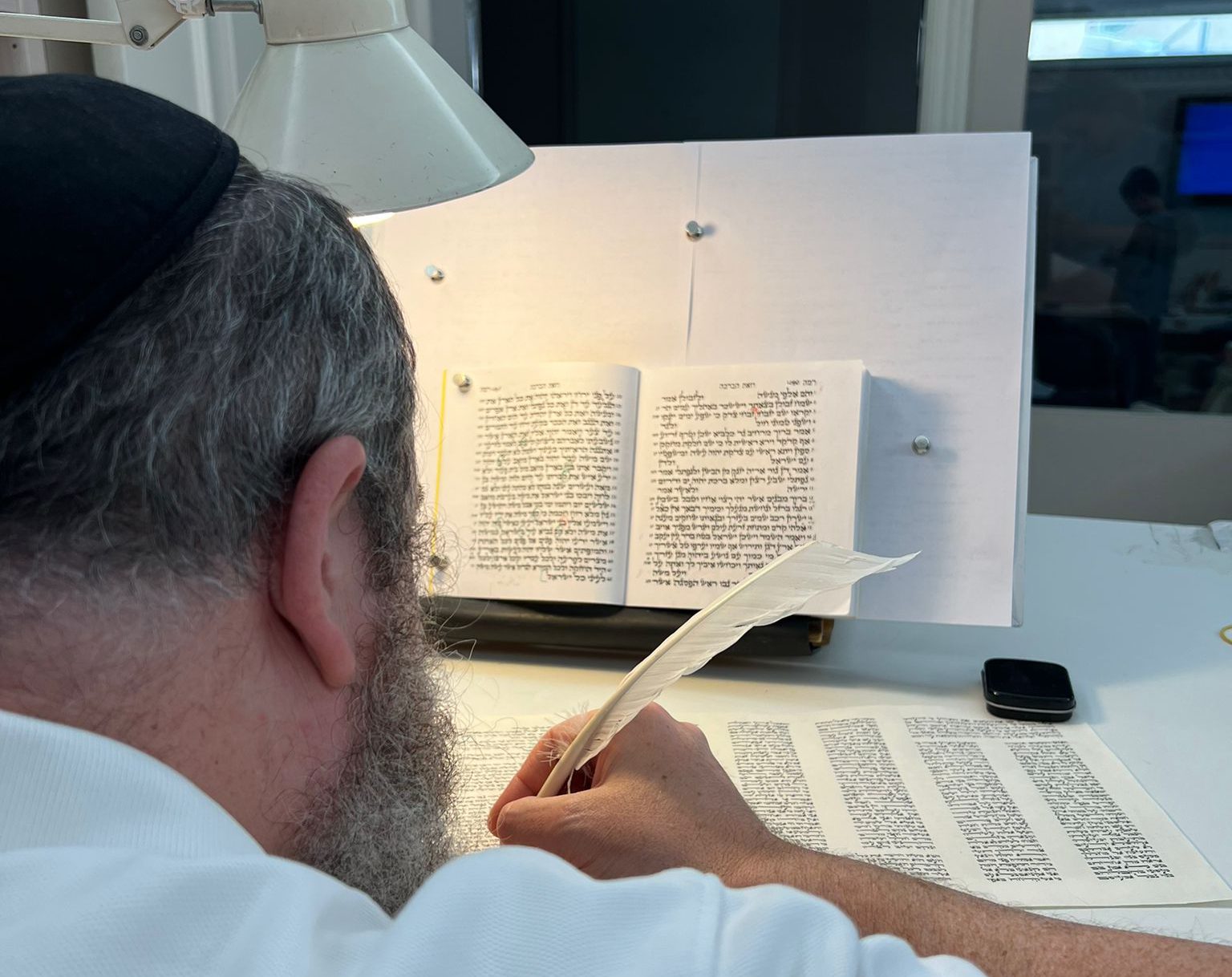 More than a decade ago, 12-year-old Itzhak was in Venezuela getting ready for his Bar Mitzvah. The plan was for him and his family to travel to Israel and celebrate the milestone there.

Then, tragedy altered the family’s plans. Days before their trip, Itzhak’s mother had a brain aneurysm. Instead of flying with the family to Israel, she was flown to Houston. In the ICU of St. Luke’s Hospital, she fought for her life.

“We’ll make the Bar Mitzvah,” said Rabbi Lazer and Rochel Lazaroff, co-directors of the Aishel House Bikur Cholim Center at the Texas Medical Center, where Itzhak’s family stayed. The couple made a beautiful party in the Aishel House dining hall – with one marked difference from Itzhak’s original plans.

Instead of being called up to the Torah at the Kotel, Itzhak would have his first aliyah in his mother’s cold, sterile hospital room.

“It was a big deal to bring the Torah to the hospital,” remembered Allan Camhi, an active member of the Aishel House community. “We needed to find a cabinet big enough to be a makeshift Aron Kodesh. It was so heavy to carry.”

It was then that Camhi decided: “Aishel House needs an accessible sefer Torah.”

Aishel House was founded in 1992 as a haven for families seeking treatment at the Texas Medical Center. For 30 years, the organization has provided chaplaincy, daily kosher meals, housing for families in welcoming apartments, caregiver support and a robust volunteer network.

“The Aishel House mission is to be there for patients in any way possible,” Camhi explained. “When I saw how difficult it was to transport the Torah for Itzhak, I realized that Aishel House needed a sefer Torah that reflects the mission: be accessible to all Jews, especially those weakened by illness.”

He imagined something small enough to transport, light enough for weak patients to hold.

As Aishel House continued to grow and expand its services, the dream stayed present – but dormant. Three years ago, this long-ago hope was brought back to life.

It was Simchat Torah and, at Aishel House, guests and local community members were celebrating with customary hakafot. Mark, a guest at Aishel House, was there, albeit frail. Cancer had long since taken over his life and, at 28 years old, Mark weighed only 80 pounds. He was at the hakafot, but far too weak to participate.

But, Mark watched the men dance around the bimah, holding the sifrei Torah high. He whispered, “I want to hold one, too.”

Camhi and Rabbi Lazaroff immediately brought their smallest, lightest Torah over. It was the standard size – about 20 inches tall, weighing 25 pounds.

There was no way Mark, a skeleton of his former self, could hold it alone. One community member held the Torah from the top. Another held it from the bottom. Mark grabbed it from the middle, and somehow, the awkward huddle of men danced around the bimah together.

Camhi watched. The image of Mark struggling to hold the Torah imprinted on him. The next morning, when Camhi was called up for an aliyah at the Torah, the scene was still flashing before him.

“That’s it,” he said at the bimah. His voice cracking from emotion, he made a pledge: “My wife, Joyce, and I are going to bring an accessible sefer Torah to Aishel House.”

He envisioned one similar to the Lubavitcher Rebbe’s sefer Torah in New York, an 8-inch scroll, originally written in 1835 Czarist Russia for two Jews imprisoned under false charges.

The Lubavitcher Rebbe holding his Torah, also known as “The Slavita Brother’s Torah”

Aishel House needed a tiny, 8-inch-tall Torah, which would be small and light enough for all to hold. Writing such a Torah, though, is an intense and expensive feat. You need a sofer with the skill to downsize the calligraphy to a portion of the usual size. A scribe of that caliber is difficult to find.

It took the rabbi more than a year to find the right scribe, Rabbi Y. Peretz. In the year since, the scribe has been writing. Letter by letter, he’s been inscribing the sacred words on the tiny leather parchment, forming Aishel House’s unique sefer Torah.

In just over a month, the scribe will complete his holy work – and the sefer Torah, created just for the families of the Texas Medical Center, will come home to Houston.

There, it will stand as a beacon of light: a reminder to all that, no matter the illness, no matter the challenge, the Aishel House community is here on their behalf.

A Siyum Torah with music, dancing, and a festive brunch is planned for Sunday, Aug. 28, beginning at 10 a.m. The entire Houston community is invited to attend.